Anecdotes of Enlightenment: Human Nature from Locke to Wordsworth 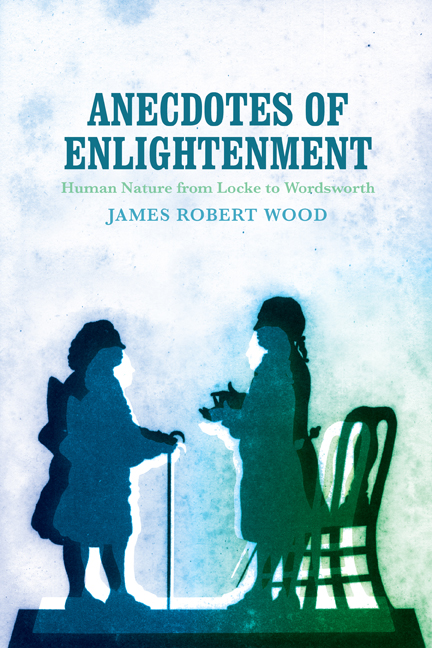 We are delighted to award the first LE Book Prize for ‘scholarly contributions to our understanding of work originally written in English’ to a book that exemplifies precision in its own expression and clarity in the exposition of its argument. One of our assessors observed: “Here is a writer fully in control of his subject: historically well-informed, mastering the literature that already exists on his topic, and most impressively marrying contemporary literary theorists seamlessly and almost imperceptibly with his own analytical approaches.” Another remarked, “this is a book which can be read with great pleasure and studied as a model for how to write a complex history with elegance, subtlety and precision, whilst opening up the complexity of the materials with which it deals.”

Wood explores the use of anecdotes in texts by John Locke, Addison and Steele, Eliza Haywood, David Hume, Lawrence Sterne, Montesquieu, James Cook, Joseph Banks and William Wordsworth. He shows how for these writers anecdotes serve both as evidence for theories of human nature, and correctives to the systematizing ambitions of those theories themselves, revealing a “waywardness and eccentricity at the heart of Enlightenment thought on the human.” Seeking to educe the principles of human nature, the anecdote was seen as “a small narrative of human life that could be incorporated into longer works that aimed to identify the general laws governing human thought and behaviour” (p.6). They were, in Wood’s argument, the equivalent in the moral sciences to experiments in the physical sciences - stories that permitted thought experiments to be conducted, operating as points of light illuminating a broader terrain, that of human nature. In the words of one assessor, “The idea of writing up the anecdote into a major component of structural eighteenth-century thought on human nature is in itself brilliant. This is a very well-written book, in which every sentence contributes to the central argument – unlike the frequently distracting function of the anecdote!”

Experimentation and the Lyric in Contemporary French Poetry 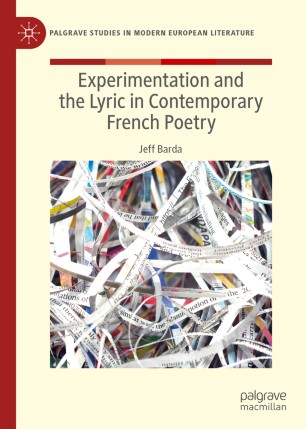 We are equally delighted to award the first LE Book Prize in the category ‘Literature in languages other than English’ to Jeff Barda’s Experimentation and the Lyric in Contemporary French Poetry (Palgrave Macmillan, 2019), a monograph endorsed by major scholars as a ground-breaking work that reshapes its field of study, “a truly brilliant book that provides the first full account we have of how French poetry has evolved in the course of the past half century” (Marjorie Perloff). It considers all the key authors in terms of their poetic methods and perspectives, as well as the research questions their work poses. Supported by systematic close-reading, Barda’s book is also pioneering in that it applies its extensive understanding of international theoretical and critical models to show their differences as well as correspondence with French poetic production. The book is to be commended for its relatively jargon-free, highly precise and tightly argued prose. It manages at the same time to be pedagogically accessible and to offer refined and sophisticated critical judgement.